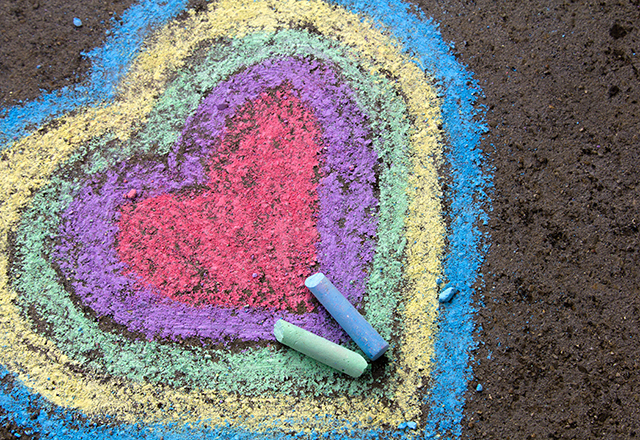 There was a little girl and she had a little curl; right in the middle of her forehead.

When she was good, she was very, very good; and when she was bad she was horrid. My story began almost three years ago when I was 34. I had always been healthy, with no issues with my heart. In fact, I have had three beautiful babies with no complications or issues during any of my pregnancies. No one in my family has had an early unexpected death. This was totally unexpected.

In summer 2010, I was at a family reunion doing a relay race when my heart began racing and wouldn’t stop. I had to bow out of the race and couldn’t continue because my heart was beating so fast. I couldn’t catch my breath. Forty-five minutes later, there was no change. I left the family reunion to go to the local emergency room. On the way to the hospital, I could feel my heart slow down and I honestly thought I could hear the blood in my body go “whoosh” as it slowed. My husband pulled the car over and I ran around the parking lot trying to get my heart to race again because I knew the emergency room staff wouldn’t do anything unless it could be seen on an EKG. Nothing happened and I didn’t go to the emergency room that day.

I made an appointment with a cardiologist and he said there was nothing wrong. In fact, he recommended I take more magnesium. I wasn’t satisfied with that recommendation and I began seeking additional medical resources to explain what happened. At first, I was diagnosed with right ventricular outflow tract (RVOT) tachycardia. My MRI was fine, my echo showed a bicuspid valve and a slight enlargement of the right ventricle, but nothing to worry about, or so I was told. I showed a little period of V-Tac in the stress test. The experts were suspicious something was happening. Four months after the RVOT diagnosis, I ended up in the intensive care unit after I was cardioverted for uncontrollable heart rhythm. At that time, the doctors realized the RVOT was not being managed by medication and recommended an ablation. The ablation took three hours and in the end the doctor tapped me on the shoulder and said one section was ablated. He proceed to inform me that I didn’t have RVOT. He said I had arrhythmogenic right ventricular dysplasia (ARVC) and I needed an implantable cardioverter defibrillator (ICD).

It has been one year since being diagnosed with ARVC and it is a year that I will never forget. I have coded three times, had an ablation and a catheter ablation, and I have spent five days in the ICU for an uncontrollable heart rhythm. I have learned to explain my disease as simply as possible; however, people still look at me as if I am going to pass out or die any second. This is what I don’t appreciate. This disease has had a bigger impact on my psychological well-being than my physical. Many people give me a lot of attention because they are worried and  fearful for my survival, and it is easy for me to get caught up in the worry, too. It is comforting to know I have an ICD and the longer I live with this disease the more I realize “today is not my day to die.”

So far, ARVC has changed my life, but my day-to-day activities have only been temporarily impacted. The poem listed at beginning of this story sums up my life at this time. Most days I feel fine. The moments when my heart races unexpectedly, my life is in danger. “When I am good, I am very, very good, but when I am bad I am horrid.